This website "Nogizaka Purple Heart" is intended for fans of Nogizaka46. It is completely unofficial and not sponsored by the group and other related companies.

There are no plans for an English version at this time. I look forward to hearing from a person who can help translating Japanese into English. Sorry there won't be a reward. I would be happy for any comments you may have, or if you find any errors please let me know.
contact us

On June 28th, it was confirmed that AKB48's producer Akimoto Yasushi will form a new group, Nogizaka46. The group will differ from AKB48's sister groups SKE48, NMB48, HKT48 and NGT48 as they will operate as AKB48's "official rival group" in their idol activities. The members will be chosen through open auditions starting on July 20th.

The members of Nogizaka46 will be hand-picked and produced by Akimoto and Sony Music. According to Akimoto, the "Nogizaka" part of the group name comes from the location of the last stage of the auditions, the "SME Nogizaka Building," while the "46" comes from the idea that "Although there are fewer members than AKB48, they will not lose." 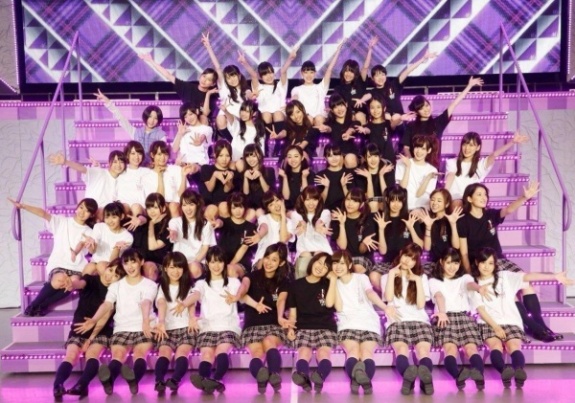 Copyright Disclaimer Under Section 107 of the Copyright Act 1976, allowance is made for "fair use" for purposes such as criticism, comment, news reporting, teaching, scholarship, and research. Fair use is a use permitted by copyright statute that might otherwise be infringing. Non-profit, educational or personal use tips the balance in favour of fair use. No copyright infringement intended.